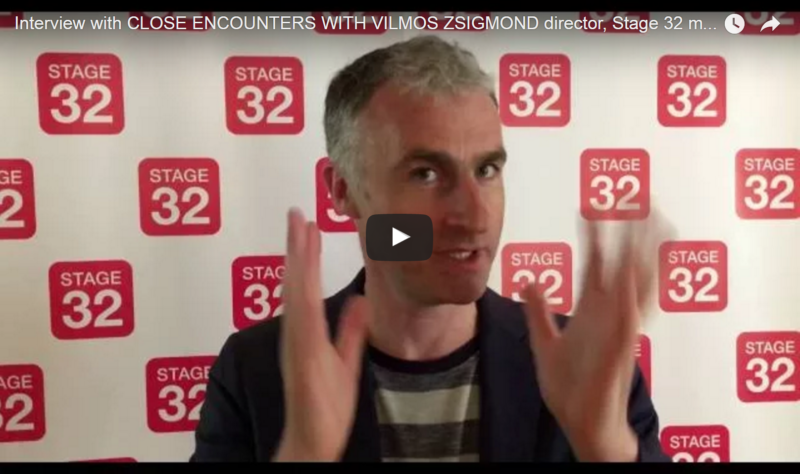 On my way back from the Cannes Film Festival this year – the film I directed, Close Encounters with Vilmos Zsigmond, an 80min-documentary film, was an Official Selection (at Cannes Classics) – I was wondering if I could gather some tips (let’s say five) for those who haven’t already made the step to grab a camera and shoot, for those (like me) who have no budget just passion, for those who are dreaming of having one day a film in Cannes.

When you work on making a (documentary) film, concentrate on boosting your creativity. You can always borrow a camera or find someone to help you make your idea come true. But if your idea is inventive, original, smart, if your idea consistently sticks to your subject (for example making a film about kids and deciding to shoot at kid’s height only), then others will get excited by it and be more willing to help you do it. In my case, I had to film the cinematographer I respect the most, Vilmos Zsigmond, one of the greatest among the living masters (Academy Award for Close Encounters of the Third Kind, director of photography for Deliverance, The Deer Hunter, McCabe & Mrs. Miller and Blow Out), I had not only to have the best possible image, thanks to the best cinematographers possible behind the cameras (as the minimum respect for Vilmos) but I had to find original, vivid and simple ways to make Vilmos express his art. We decided with our crew to have our first setting of cameras and lights filmed under Vilmos’ tutorship and see how Vilmos would react. We asked him permission. He said yes. Well, that’s now the very beginning of the doc, and I am quite proud of it because it links you immediately to the subject of the documentary (a cinematographer talking about lighting and framing before being interviewed) and it did not cost more money to shoot, just one extra camera… and one good idea.